There's an old Hungarian expression: 'It's better to fear than to become frightened.' Siegfried, the hero of German mythology and Wagner's opera, is famous precisely for knowing no fear. A high-spirited son of the forest and a friend of the wild animals living in it, this strong young lad is not somebody one would want to tangle with. Few people in today's world bear much resemblance to him. Nevertheless, we are all Siegfrieds in a certain sense in that most of us have trouble discovering who we really are, and it is only as we travel down the path of life that we gradually learn what we are truly capable of.

A rainbow of sounds from the orchestra, enigmatic dialogues and mysterious riddles. Not to mention a treacherous dwarf and a glorious young hero. Who after slaying a dragon and tasting its blood, is able to understand the prophetic singing of a bird. And then crosses through a wall of fire to discover both the woman who is his mate and, through his love for her, fear. These moments - along with a host of other ones - are what make the tale of Siegfried so magical. But there are many other aspect...s as well, such as generational conflict, when the brash youngster settles the score with an ageing Wotan, now known simply as the Wanderer, in the crudest possible terms. The work also contains a warning: at every fork of the road, inescapable Fate is hiding behind the trees. One has to ask: is Siegfried truly a worthy successor to the Wälsung name? Or is his instinctive behaviour a sign of decline, meaning that he himself is merely an unwitting implement of destiny? As a great artist, Wagner rarely provides clear answers. The role of Siegfried will be sung by American heldentenor Corby Welch. Returning with the wonderful Mime he last brought in 2019 will be Gerhard Siegel. It was also in 2019 when we last heard both Tomasz Konieczny's Wanderer and Catherine Foster's performance as Brünnhilde, which promises to be a singular experience again this year. There will also be a bit of permanence in the form of one of the cornerstones of the Budapest Wagner Days festival: Péter Kálmán's outstanding Alberich.

We would like to inform the public that Müpa Budapest is currently closed to protect the health of both guests and artists, and is not allowing any visitors to the building.

We will refund the price of tickets: you can claim refunds for individual tickets by clicking here, and for tickets that are part of season tickets on this page.

Thank you for your understanding and cooperation! 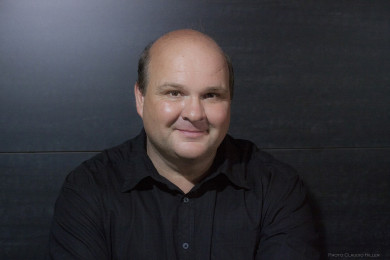 The performance has been cancelled.
We would like to inform the public that Müpa Budapest is currently closed to protect the health of both guests and artists, and is not allowing any visitors to the building.

We will refund the price of tickets: you can claim refunds for individual tickets by clicking here, and for tickets that are part of season tickets on this page.

Thank you for your understanding and cooperation!